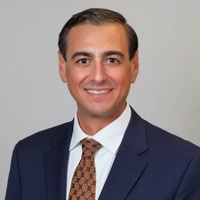 Rick Levin attended the University of Florida, where he graduated with a Bachelor of Science Degree in Finance back in 2007. While attending UF, he became a member of the Alpha Tau Omega fraternity.

After graduating, Rick began his career at Legacy Wealth Partners, formerly, Levin Financial Group. In 2008, he was awarded with Massachusetts Mutual Life Insurance Company's (MassMutual) Rising Leader Award. Rick was later promoted to Managing Associate with LFG, and in 2012 was promoted again to the position of Sales Manager. Since then, Rick has received MassMutual's Management Council award in 2014, 2015, and 2017.

Rick married his wife Selina in December of 2017, who is a member of The Florida Bar and a Corporate Counsel in Tampa.