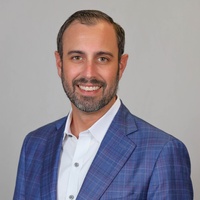 Michael Levin received his Bachelor of Science Degree in Finance from the University of Florida in 2004. While attending school, Michael was a member of the Alpha Tau Omega fraternity.

Upon graduation Michael entered the financial services industry. In his first year he was named Legacy Wealth Partners' (formerly Levin Financial Group) "New Associate of the year." In 2006 Massachusetts Mutual Life Insurance company (MassMutual) awarded Michael with the Rising Leader and Fast Pace Awards. That same year MassMutual awarded him their most distinguished honor for a first year advisor, the "Freshman Five Award." He has been recognized by the Tampa Chapter of NAIFA as one of the "Top 4 Under 40" financial professionals in the Bay area.The Tampa Bay Business Journal has honored Michael as an "Up and Comer" in the under 30 category.

In 2007 Michael was promoted to Managing Associate with LWP and in 2008 he was promoted again to the position of Sales Manager. Of the 250+ Sales Managers affiliated with MassMutual, Michael was the youngest. On January 1st, 2014, Michael became President of LWP and Co-General Agent for the MassMutual Tampa agency with his father, Gary Levin, making Michael the first son to succeed his father in a MassMutual General Agency in over 35 years. Gary retired on January 1st of 2016 at which time Michael assumed the role of President & CEO of Legacy Wealth Partners. In 2016 MassMutual awarded Legacy Wealth Partners with the Bronze Chairman's Trophy in the large agency category for outstanding performance in 2015. Then, in 2019 Legacy Wealth Partners was awarded the Silver Chairman's Trophy for outstanding performance in 2018.

Michael is a member of The Greater Tampa Chamber of Commerce, NAIFA, AALU, GAMA, Tampa Yacht & Country Club, Palma Ceia Golf Club, and recently became a member of Ye Mystic Krewe of Gasparilla. In 2010 Michael was appointed to the Consultative Board for Tampa Catholic High School where he now serves as head of the Finance Committee. Michael spent 3 years on the Advisory Board for the Cystic Fibrosis Foundation and founded the TMH Breathing For Life Foundation to benefit CFF. After meeting his wife, Dana, a survivor of Pediatric Cancer, Michael discovered a passion for raising money & awareness for the National Pediatric Cancer Foundation of which he now serves as the Treasurer of the Board's Executive Committee. Michael resides in South Tampa with his wife and two children, Joanna and James.